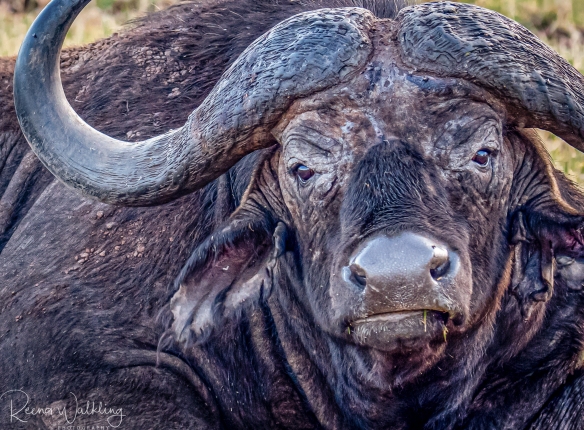 On one of our evening drives in Kenya looking for wildlife, we came upon this old Cape Buffalo, lying in the open, alone.  He looked tired and lethargic and took no heed of our jeep as we pulled near … just calmly chewing his cud and watching us unalarmed.  No other buffalo was around which seemed unusual, since they tend to stay in herds.   Our Masai Mara guide explained to us that old bulls, like him, have been kicked out of the herd by younger, more virile males and lead a solitary existence.  Unfortunately, without the  protection of a herd, old bulls commonly fall prey to lions.  I wonder if this ended up being his fate. 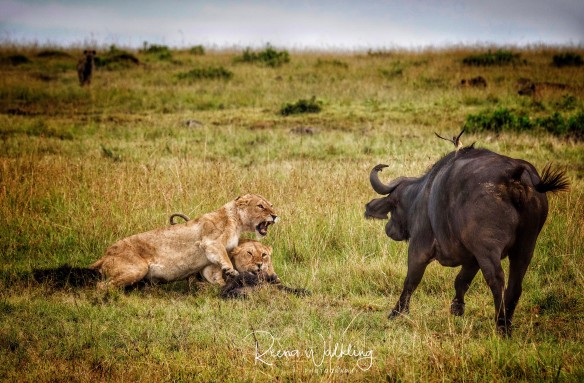 Cape Buffalo are fiercely protective of their young — and of each other — despite the fact that they have few predators.  Also known as Black Death, the Cape Buffalo can be extremely dangerous, and have a tendency to attack humans.  They are to be feared!!  It is said Cape Buffalos have killed more big game hunters than any other animal in Africa.  But then, I have little sympathy for big game hunters!

We came upon this scene of a young buffalo mother trying to protect her several day old injured calf.  She was alone which probably meant she had been there for a while as the herd had moved on without her.  Buffalo herds are very protective of each other and stick close together, even engaging in mobbing behavior when fighting off predators.  In this case, it would appear that the herd was aware of the futility of saving this baby calf and moved on without her.

The scene was filled with a dozen or so hyenas, two lionesses and a jackal, all surrounding the mother and the calf, waiting for her to walk away.  Each time that she attempted to leave the calf, the lions or the hyenas would approach the calf, biting at it or trying to drag it off.  The calf would cry out, she would run back and chase off the predators.  At one point, the lions attacked the hyenas, pushing them back, but overtime, they inched their way closer.  We must have watched this scene for over an hour with the mother torn between staying with her calf or leaving.

We decided to pull out of the area and find a spot for our mid-morning coffee and breakfast, a nice perk to early morning game drives. 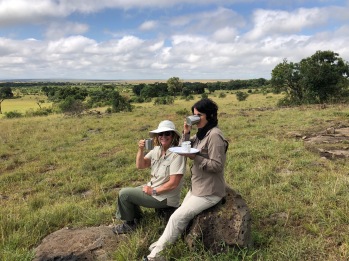 When we returned to the site an hour later, the mother’s struggle to stay or leave still continued as the predators attempted to take the calf.  After another forty minutes watching this scene, the mother ultimately, but hesitantly, continued walking away from the calf as he no longer cried out when the lions were upon him.  She had made her decision to leave.

And so did we.

It’s a sad scene for any animal being attacked or killed but in this wild African kingdom, I came to accept the fact that one animal’s death may mean the survival of another.  Birth, survival and death … in its most raw form in Africa. 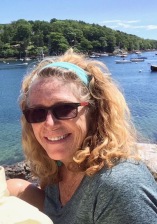