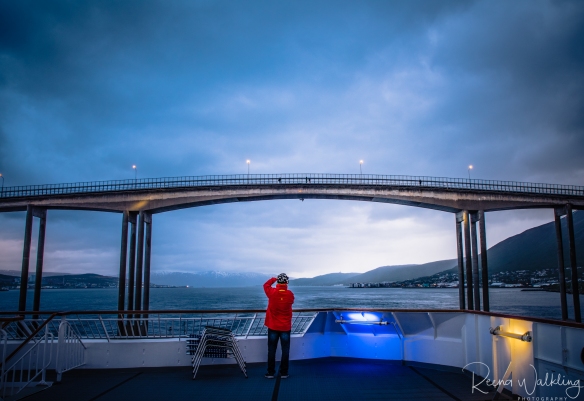 This beautiful, modern, graceful bridge joins the city of Tromsø, Norway, with numerous other islands.  Built in 1960, the Tromsø Bridge was the first cantilever bridge to be built in Norway and is typical of Norwegian bridges built high enough to allow big ships to pass under it, like the one I was on when I captured these images.  It was dusk and most folks had left the deck.  I remained and happened to spot this photographer capturing some last shots.  I loved the contrast of his red jacket with the blue twilight.

The surrounding mountains and ocean setting all made for some spectacular photos. 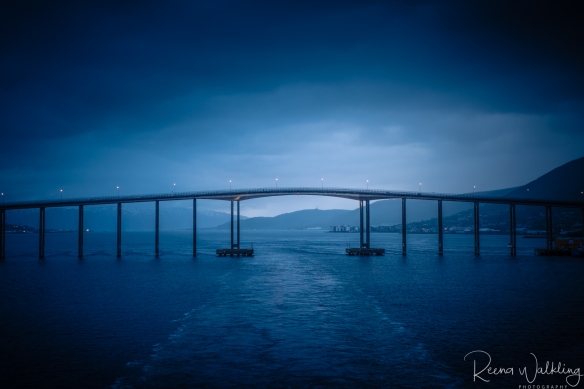